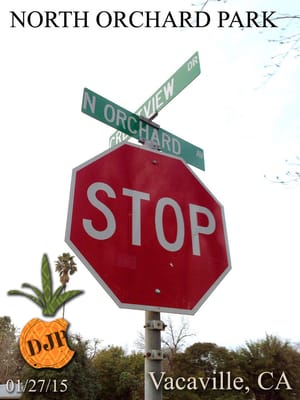 There are no reviews of
North Orchard Park.
Be the first to ⭐ Write a Review.

Due to one-time savings realized from East Monte Vista & Gibson Canyon Road Rehabilitation Project (820322), $300,000 of Measure M funding is being used to support the restoration of the pedestrian and bike paths at North Orchard Park. We are anticipating the project to be complete in fall of 2019. More

The Farmstead at North Orchard is an approved subdivision on approximately 20 acres at the southeast corner of Fruitvale Road and N. Orchard Avenue. The approved plan includes 130 lots for detached single-family homes, a three-acre neighborhood park, and approximately two acres of public open space/pedestrian paths along the entire perimeter of ... More

The closest grocery store is Food Fair. Nearby restaurants include Cuba Cafe, Jack In the Box and Mountain Mike's Pizza. 162 North Park is near North Orchard Park, Hemlock School Park and Alamo Creek Park. This address can also be written as 162 North Park, Vacaville, California 95688. More